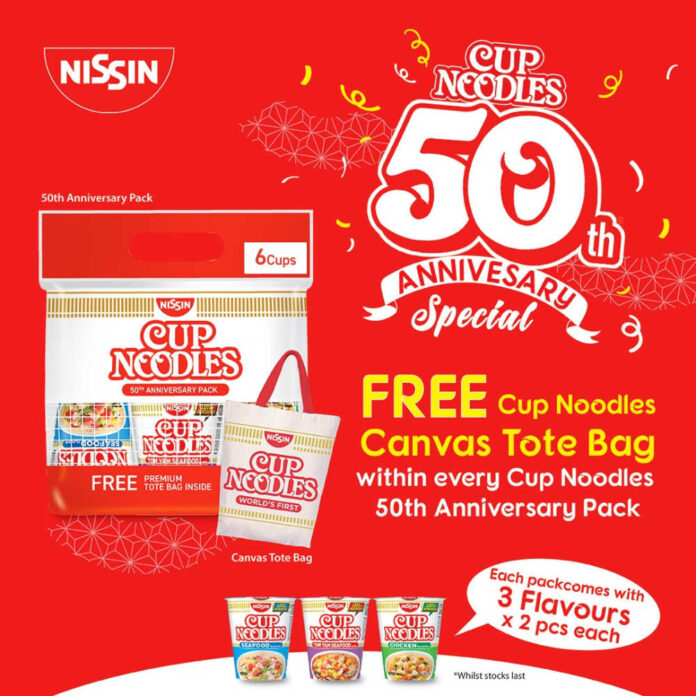 In celebrations of Nissin Singapore 50th anniversary, they’ve launched a special anniversary pack to celebrate 50 amazing years with you!

Each pack comes with 3 of the most popular Cup Noodles flavour in Singapore (Tom Yam Seafood Flavour, Seafood Flavour and Chicken Flavour) with 2 cups per flavour.

In limited quantities and while stocks last!

Note: Based on Nissin Singapore official Facebook page, it is already out of stock in some locations.