Walking down the memory lane, we have a lot of retro cartoons that we will missed in our childhood. Just to rekindle our memory, we have specially compile the top 15 cartoon that you will definitely love. (If your favourite is not in our Top 15, please submit your favourite cartoon)

A total of 75 syndicated episodes of M.A.S.K. were broadcast from 1985 to 1986. One of many cartoons produced during the 1980s as a vehicle for toy merchandising, M.A.S.K. (which is an acronym for the Mobile Armored Strike Kommand), was a hybrid of popular era cartoons G.I. Joe and The Transformers.

The Real Ghostbusters is an American animated television series, a spinoff of the 1984 movie Ghostbusters. The series ran from 1986 to 1991, and was produced by Columbia Pictures Television, DiC Enterprises, and Coca-Cola Telecommunications. J. Michael Straczynski was story editor, and wrote episodes for every season except three and six. “The Real” was added to the title after a dispute with Filmation and its Ghost Busters properties. The series continues the adventures of paranormal investigators Dr. Peter Venkman, Dr. Egon Spengler, Dr. Ray Stantz, Winston Zeddemore, their secretary Janine Melnitz and their mascot ghost Slimer.

Teenage Mutant Ninja Turtles (known as Teenage Mutant Hero Turtles in the United Kingdom, Republic of Ireland, Germany and Sweden) is an American animated television series, produced by Murakami-Wolf-Swenson, Inc. which premiered in December 14, 1987, first as a 5-part mini-series. It was animated overseas in Japan by Toei Animation. The series featured the Teenage Mutant Ninja Turtles characters created in comic book form by Kevin Eastman and Peter Laird, the property was changed considerably from the darker-toned comic in order to make it more suitable for children.

4. He-Man and the Masters of the Universe

It made its television debut in 1983 and ran until 1985, consisting of two seasons of 65 episodes each.

The Care Bears are a group of multi-colored bear characters that each Care Bear comes in a different color and has a specialized insignia on its belly that represents its duty and personality. This insignia was known as their “tummy symbol.”

G.I. Joe: A Real American Hero is a half-hour American animated television series based on the toyline from Hasbro and the comic book series from Marvel Comics

8. Alvin and the Chipmunks

Alvin and the Chipmunks consists of three singing animated anthropomorphic chipmunks: Alvin, the mischievous troublemaker, who quickly became the star of the group; Simon, the tall, bespectacled intellectual; and Theodore, the chubby, impressionable one. The trio is managed by their human adoptive father, David (Dave) Seville.

“Dragon Ball Z” follows the adventures of Goku who, along with the Z Warriors, defends the Earth against evil. The action adventures are entertaining and reinforce the concept of good versus evil. “Dragon Ball Z” teaches valuable character virtues such as teamwork, loyalty, and trustworthiness.

Astro Boy, known in Japan by its original name Mighty Atom, is a Japanese manga series written and illustrated by Osamu Tezuka from 1952 to 1968. The story follows the adventures of a robot named Astro Boy and a selection of other characters.

“ThunderCats” follows the adventures of a group of catlike humanoid aliens from the planet Thundera. When the dying planet meets its end, the group, known as the ThunderCats, is forced to flee its homeland. While leaving in their Thunderfleet, the ThunderCats are attacked by the Mutants of Plun-Darr, who attack most of their starships. The damage means they cannot reach their intended destination, so they end up on Third Earth. The ThunderCats become friendly with the natives of Third Earth, who help the cats when the Mutants find out where they are and attack again.

Bionic policemen fight an escaped alien mob boss and his gang in space.

DuckTales is based on Uncle Scrooge and other Duck universe comic books, created by Carl Barks. The show follows the adventures of Scrooge McDuck and his three grandnephews, Huey, Dewey, and Louie. Important secondary characters, that often take part in the adventures, include Donald Duck, Scrooge’s pilot Launchpad McQuack and butler Duckworth, the inventor Gyro Gearloose, and the nanny Mrs. Beakley and her granddaughter Webby. The most notable antagonists in the series are the Beagle Boys, the witch Magica De Spell, and the industrialist Flintheart Glomgold. In a typical story, the villains are after McDuck’s fortune or his Number One Dime; another common theme is a race after some sort of treasure.

Inspector Gadget is a famous cyborg police inspector with a seemingly endless amount of gadgets he can summon by saying “Go-Go-Gadget” then the gadget’s name.

Hope you loved this compilation and share with your old friends 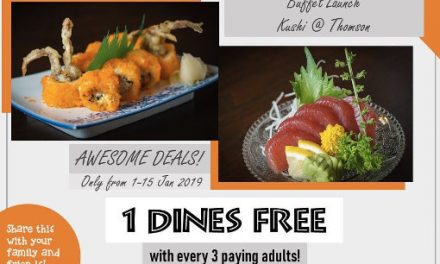